Four months since he was stolen from us. Stolen by the virus, stolen by poor judgement, stolen by lack of knowledge; stolen from everything he knew and loved.

The flashbacks have gotten worse lately, I was able to snap myself out of it originally. Now, I have images of him during his hospitalization and from that morning he passed in my head and I can’t get them out. I try to use the techniques my trauma counselor has worked with me on, but it does nothing which then ultimately leads to a panic attack. It isn’t triggered by anything, I could just be walking and then I will hear a voice inside my head say “Jonathan has died” and it’s game over.

Jonathan was in the hospital for 28 days, and I have no idea what happened to him. I have no idea why he was intubated, I have no idea how he went to “recovering” , “preparing for discharge” and “best lungs on the floor” to where we are right now. I have no answers, because my questions were never answered by the only people that could have and should have. I know now that I will unfortunately never have answers. Our families will have to spend however long we have left on this earth not knowing why. I am not sure Jonathan even knew what happened. Why he was intubated, how he was not allowed to speak to me prior, how a doctor never attempted to contact me to tell me they were intubating him I can only imagine Jonathan would be just as confused as we all are.

I wish just one person would tell me what happened

I am not looking for a full 28 day breakdown, I just want to know what happened the morning they intubated him and the morning he passed. It sounds crazy that I don’t know these things, I should he was in the hospital but I don’t, I have no idea what happened.

Last night I was playing with the kids, and all of a sudden I felt like the wind was sucked out of me. It hit me that Penelope won’t have any true memories of her dad, none will be first hand memories. Fuck, how do I even begin to make that sound ok because it won’t. Jonathan wanted a daughter more than anything in the world. Our first two miscarriages were devastating on us as a couple, but as individuals as well. But each time we became pregnant we were so hopeful for a healthy pregnancy, still slightly hoping it would be a girl. When we went through IVF, we had 7 healthy embryos (all boys), we were ecstatic to have a son. After Braedyn we had no interest in becoming pregnant again and we ultimately made a decision in September 2018 to start looking into adopting after Braedyn’s first birthday. One month after that decision was made we found out we were not only pregnant (without any assistance), but pregnant with a little girl.

Her birth was complicated, and after trying to push for 5 hours it was clear I needed a C-section. When Penelope finally made her grand entrance I remember Jonathan jumping up from behind me to see her (he was quickly grabbed by the anesthesiologist so he didn’t pass out) and him yelling “babe she’s here!” The pride he had over his children was the greatest blessing a person could ever witness.

Penelope’s first word was “Da”, when Jonathan would walk in after work she would crawl to him as fast as she could yelling “HI DA HI DA HI DA”. She was 100% a daddy’s girl. She was truly his princess, he worshipped her. Knowing she will never remember that first hand is like losing him all over again. The way Jonathan loved and treated me is how a man should treat a woman. Penelope deserved to grow up seeing that first hand, her time being his princess was too short.

Braedyn also lost his best friend, the bond Jonathan shared with him is irrerplacable. Both of our children had this deep bond with their dad, and it was stolen from them.

I feel incompetent, I think of all the things Jonathan loved about me, what he admired about me. All those things he felt toward me that is so obvious in every picture we have together, that woman he fell in love with she’s gone. She died when he did, and I don’t know how to bring even some version of her back.

He was my compass, he brought me to where I needed to be and I know I was that person for him as well. When he was first intubated I spoke with the hospital chaplain every day. She had also met with Jonathan before he was intubated and had spoken with him about us. I asked her what he had said, and she told me he kept saying “I love my wife, she is the strongest person I’ve ever met; she is my rock”. And I know I was, but now I am trying to find that balance without him which I just can’t seem to do. And to be completely honest I shouldn’t have to. He should be here, he should have come home. The idea of living the next how many years without him only makes this worse. There’s no fix for this, just years and years of suffering, years of knowing I’m farther away from him.

He has become just stories now, there are no longer new memories. Jonathan lit up the room when he walked in it. Now that he’s not here everything feels so dark, there’s no light that can brighten it.

How could my husband be gone 4 months? How can he be really never coming home? 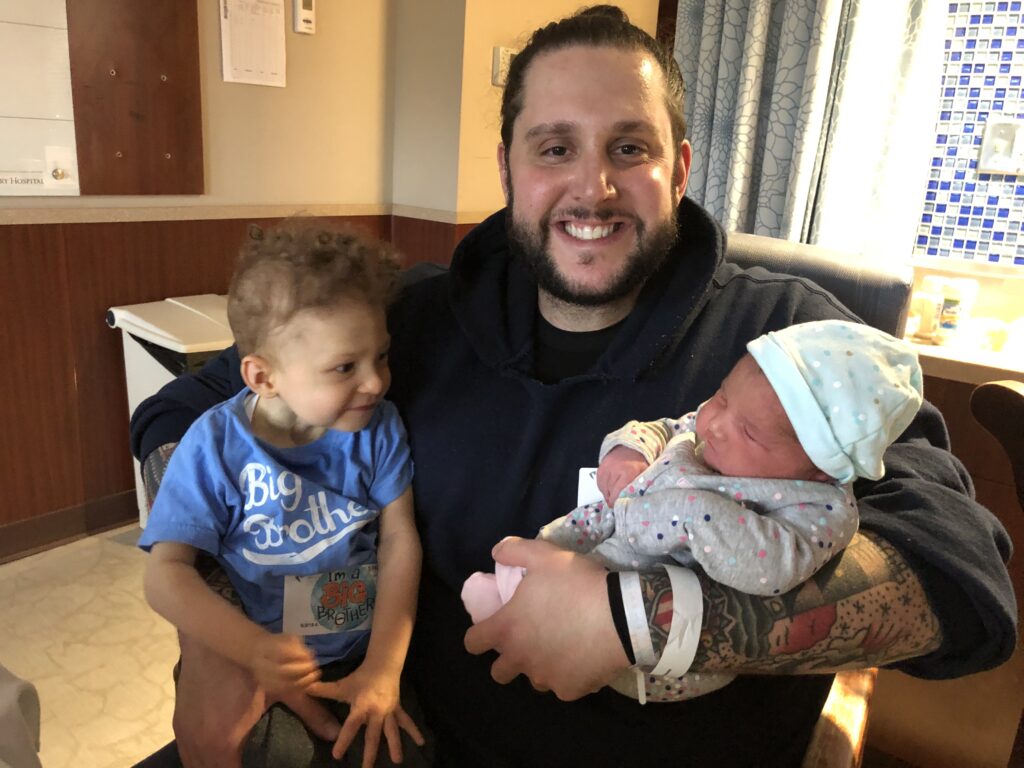 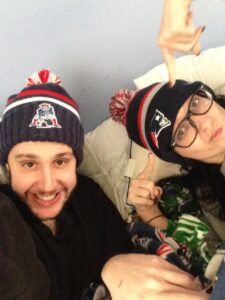 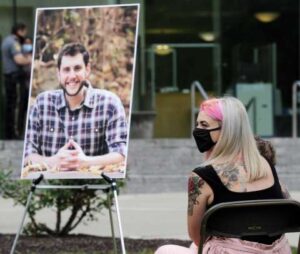